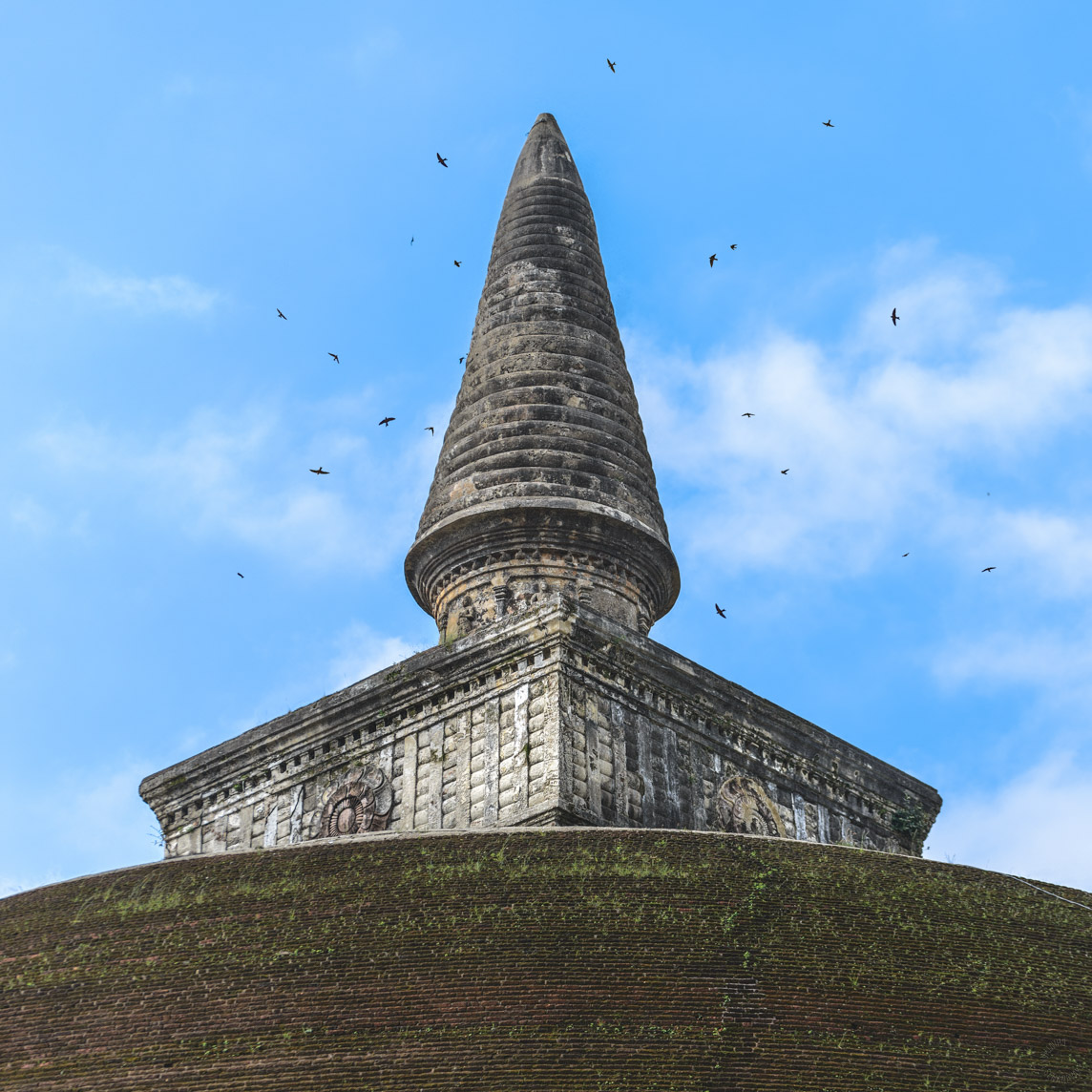 Rankoth Vihara, which roughly translates to Gold Pinnacled Stupa, sits in the ancient city of Polonaruwa in the the north east of Sri Lanka.

Currently the stupa measures 33m (108 ft) tall and has a base diameter of 170m (550 ft), making it the largest stupa in Polonaruwa, and the fourth largest in the country with the biggest three being in Anuradhapura.

Polonaruwa being on of the ancient capitals of Sri Lanka is a city with many sights worth seeing, but Rankoth Vihara is arguably the grandest and most stunning of them all, sitting in all its glory with pin drop silence around it.

Having arrived somewhat early in the morning, while we were shooting photos from every possible angle, a number of birds took off from their nests in the ridges of the pinnacle. Eventually more birds came out and the silence was broken only by their songs as they swiftly swerved towards and away from the stupa, as if performing some kind of dance.