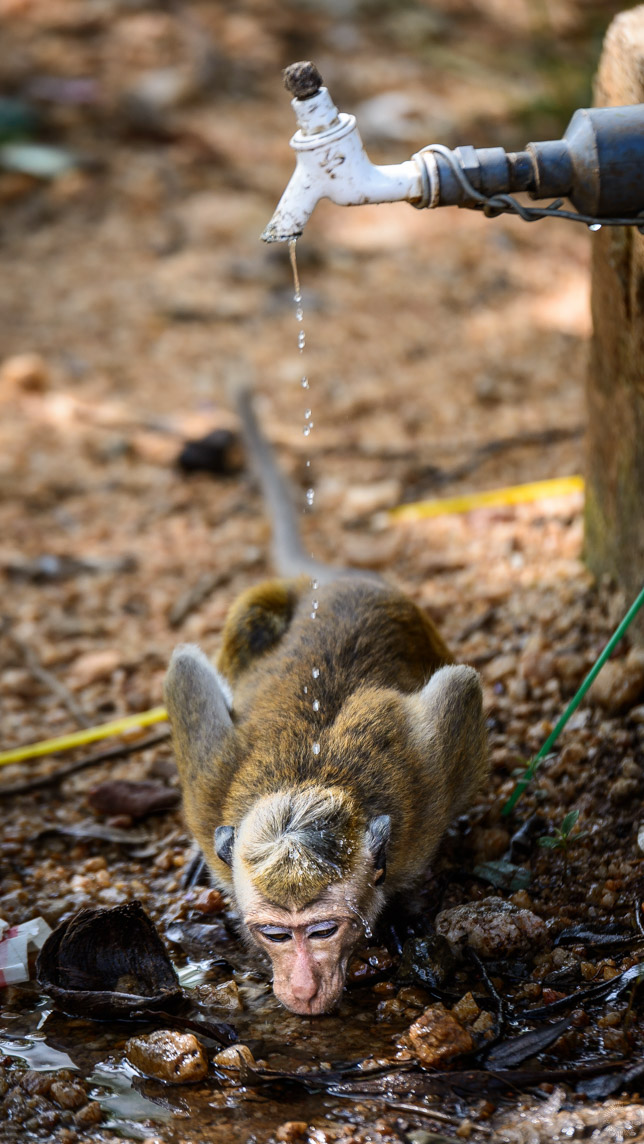 The ancient ruins of Polonaruwa now belong to the monkeys. Lots of monkeys. The familiar pink faced Toque Macaque (locally known as Rilawas) in the area have become quite comfortable in the presence of humans whether they be tourists or the hundreds of small scale merchants.

They’ve also become quite comfortable using the amenities in place for the people and good for them! We witnessed this group playing around with this big tank of drinking water, with one inadvertently loosening the tap enough to start a miraculous stream of water from nowhere.

After observing it enough to learn what it was, it attempted to drink straight from the tap from its position on top of the pipe. After a few comical failed attempts it came around to drink it like a monkey normally would. The water falling right on its head didn’t seem to disturb it in the slightest while it lapped up the freely provided miraculous water.