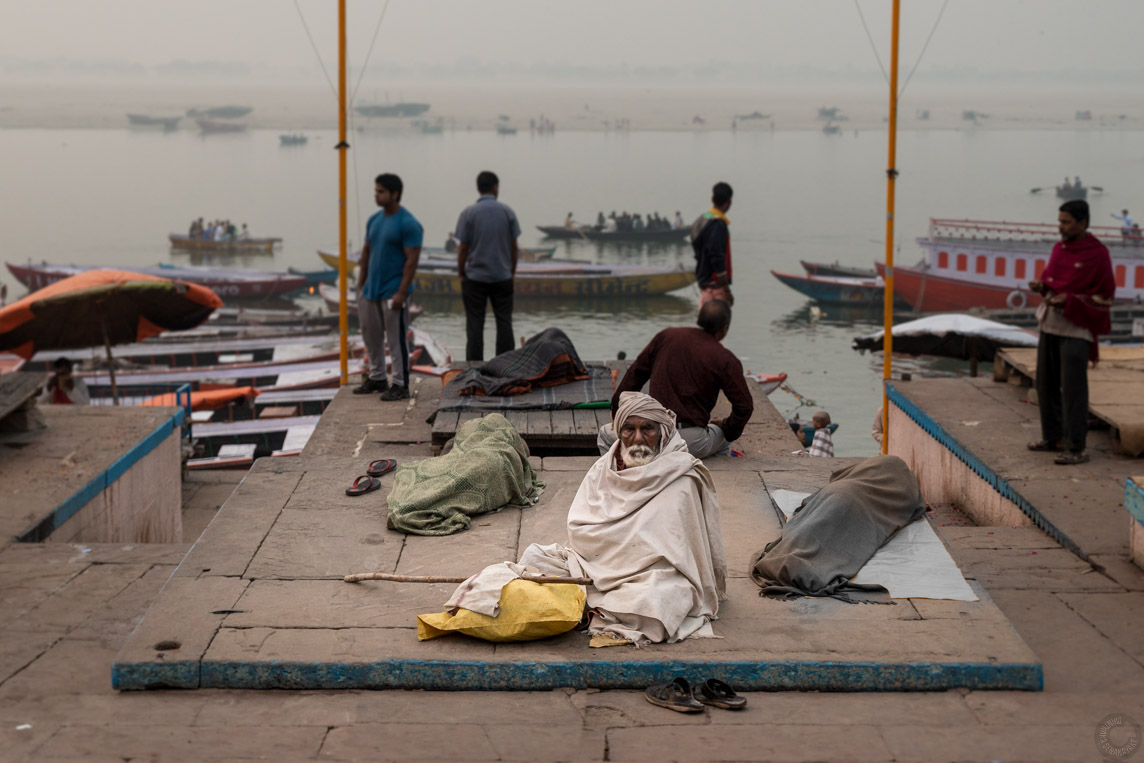 Any attempt to describe Varanasi, India in anything shorter than a book would be a great disservice to this incredibly bizarre and energetic city. I haven't been to New York City yet, but I'm willing to bet that it, despite being called "the city that doesn't sleep", doesn't have anywhere near the insane hustle and bustle of Varanasi.

The mornings are calmer, yet still busy. The areas where you can step down to the water, known as ghats, are eternally populated by people. For many of the people you see there, the ghats seem to be home - whether that is by choice is unknown.

While many of these people may give the image of being beggars, most of them are not. They just sit there and look at everyone. It's an existence which is somewhat difficult to understand. This one elderly gentleman had clearly just woken up, and went straight from sleep to sitting.

If there's any place in the world that's worth citing (just once though!), it's Varanasi. Nothing you do beforehand can really prepare you for it.