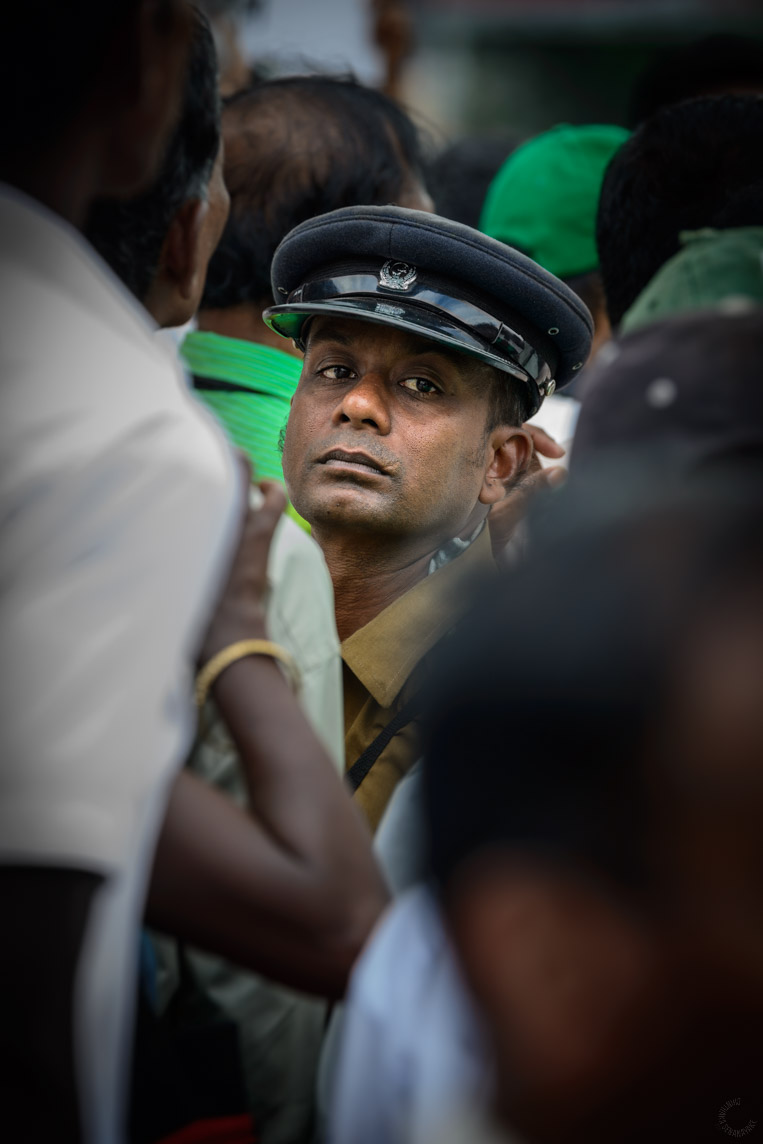 Everything and everyone seems to be against them though. Their bosses frequently get in the way of their work, and the law breakers exploit their low incomes by bribing them... and then complain that the police are useless bribe-takers!

A policeman/woman who does their job on a case which is unfortunate enough to include the wrong person finds themselves sent off to some corner of the country where they'll never be heard of again. How can you do your job when in essence doing so would mean taking your "superior" down?

Undervalued, underpaid and overworked. What else would that do other than drive their standard of work down?

Side note - check the hair on this guys ears!