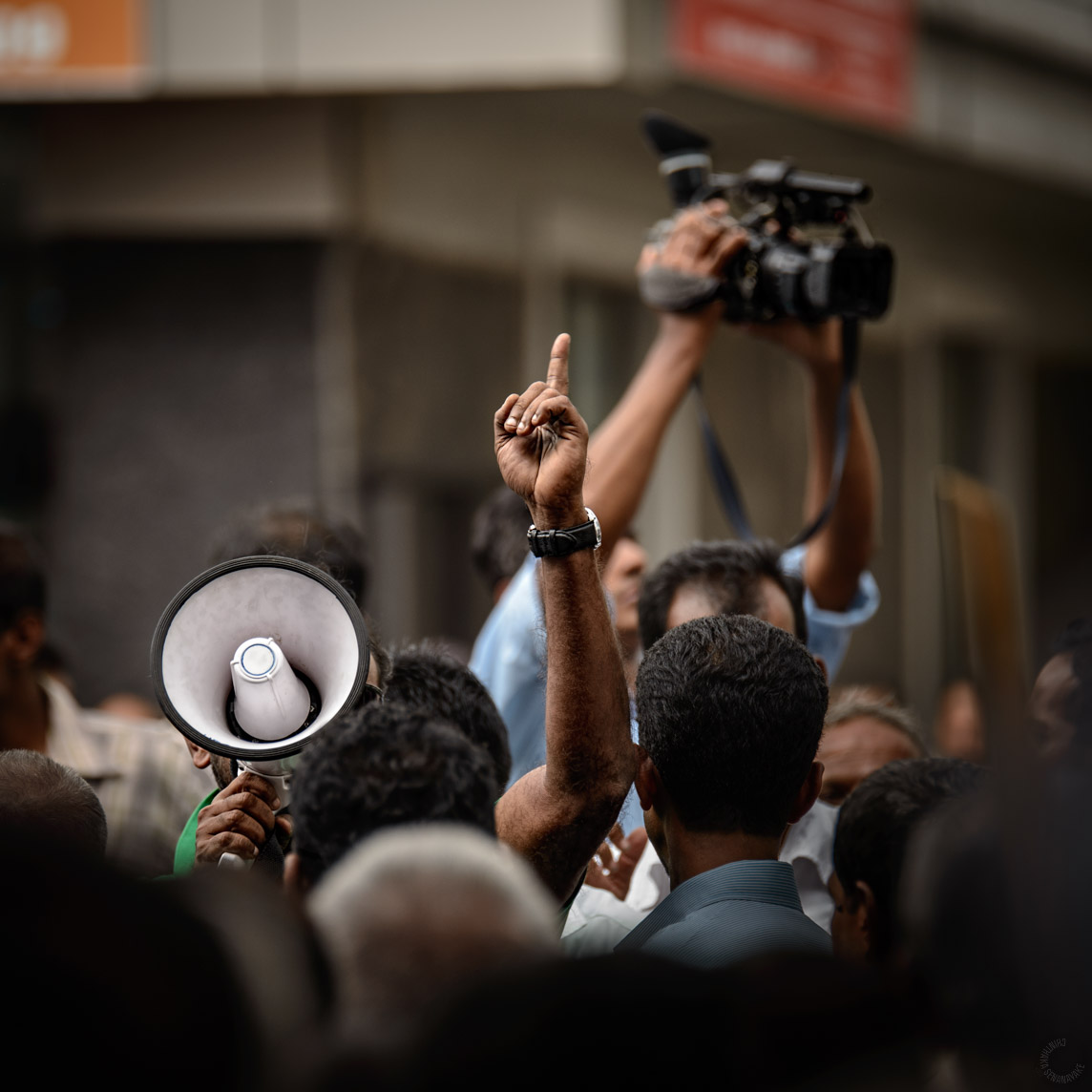 Sri Lanka is currently going through a period in which the foundations of democracy are being slowly but surely taken out of the system. Free media is one which has been strongly affected, with many newspapers being either owned by the state or by individuals with close ties to the ruling family, which leads to Sri Lanka ranking 165 out of 180 countries when it comes to press freedom. (2014 Press Freedom Index)

That rating is below countries which many Sri Lankans consider worse off such as Pakistan, Iraq and Afghanistan.

On the 28th of January 2014 opposing political parties held a large street protest against the strangling of the media and the countless unsolved murders of journalists over the years.

The crowds had many people with megaphones emphatically shouting, among other things, lines for press freedom, all while being recorded by what remains of the media.