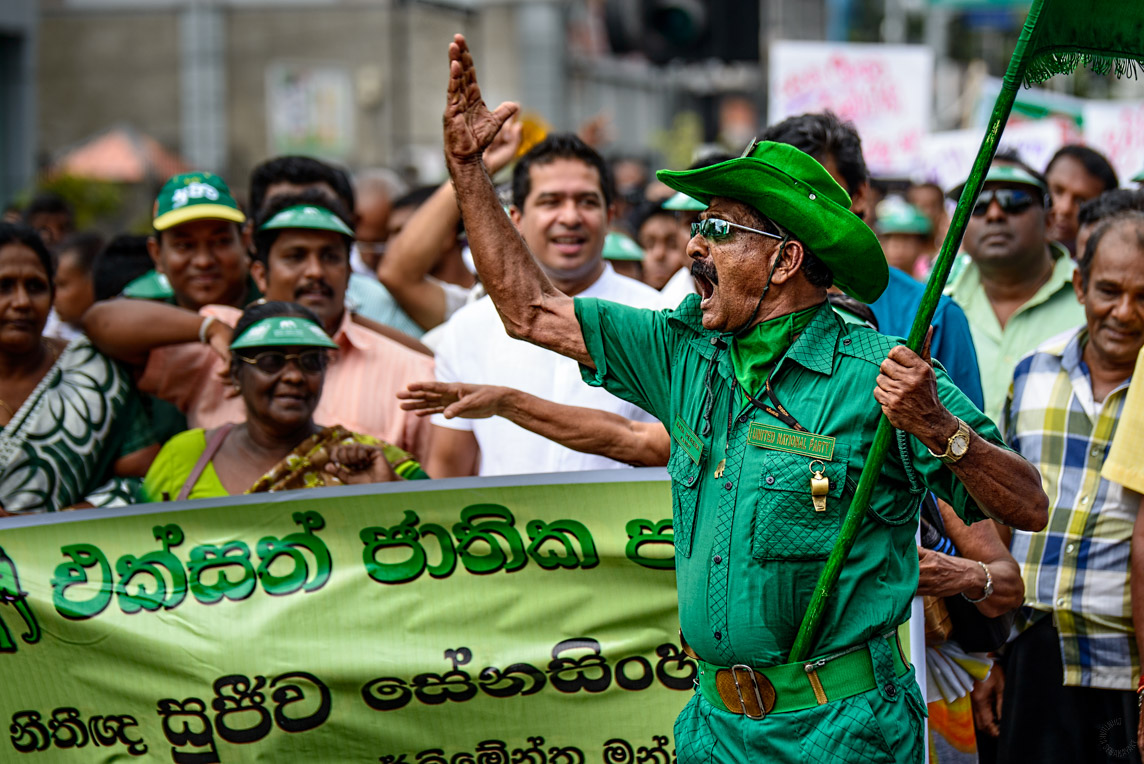 At what was planned to be a multi-party protest against the government, one group of UNP protesters was led by a somewhat devoted looking party fanatic, dressed in all green and making grand statements accompanied with gestures Hitler would've been proud of. It was all quite theatrical.

I am willing to bet that Mr. Bata Perera from Kandy would have coated himself in green body paint and dyed his moustache green if given the chance without batting an eyelid under his green shades.