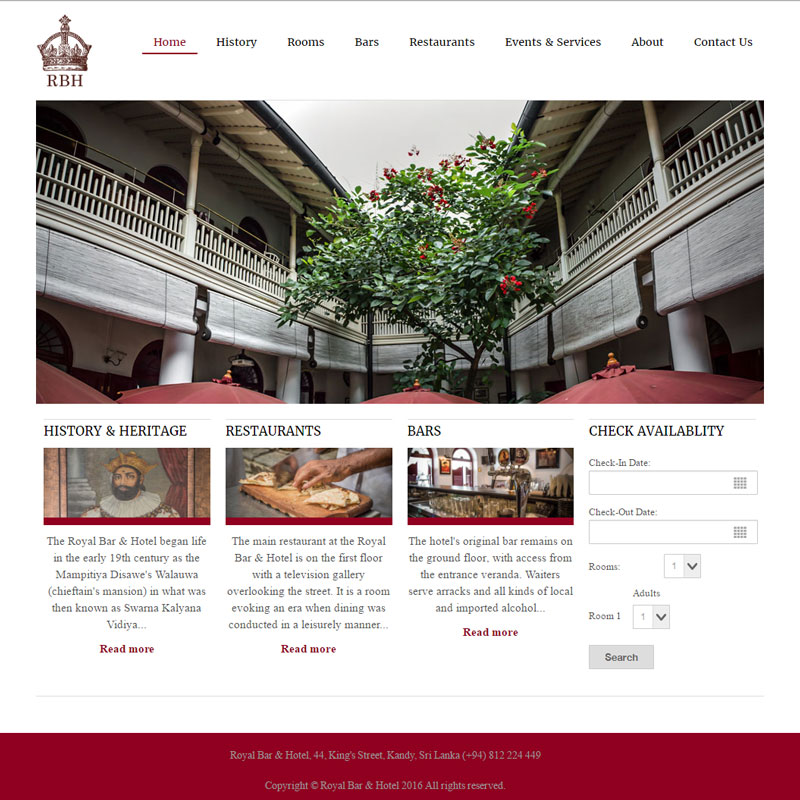 The Royal Bar & Hotel is a new hotel rooted deeply in the colonial tradition of unpretentious hospitality. Originally an aristocrat's mansion, it became a British officers' club before opening to the public as a tavern in 1860. It remained open serving people from all walks of life for over 150 years and is the oldest and longest running bar in Kandy.

Royal Bar & Hotel was looking for a website that was responsive and offered the standard modern features while still retaining an old, colonial theme to match that of the establishment itself. The website also had to include a fully functional room booking service which allowed guests to see the types of rooms available, which dates were open and finally make bookings. The website was developed with the intention of being fully manageable by the client along with a custom management user manual.